Unity 8 for Ubuntu is coming along and Mir is also making good progress. One of the byproducts of all these improvements is that some of the apps that are designed for the Ubuntu Touch are also working on the Ubuntu desktop, with very little help.
The idea of converging the Ubuntu platforms into a single one must have seemed pure madness just a couple of years ago, but that thought is now making more sense than ever. It's now possible to get an application from Ubuntu Touch and run it on the desktop. Sure, it's only a handful of applications and the implementation is far from perfect, but the difficult part has been solved.A video put together by Popescu Sorin features all the apps that are currently working cross-platform, although this term will soon become irrelevant. You can see stuff like the Calculator, a file manager, and a music player. As you can see from the video, the interface scales very well and all the functions work as they should.Some of you will comment that the apps look a little too much like the ones for the phone, but there is a simple reason for that. The fact that they can run on the desktop hasn't been taken into consideration just yet and they are not working in a Unity 8 environment, where they fit much better.You can download the Ubuntu 15.04 Daily Build and test the apps for yourself. 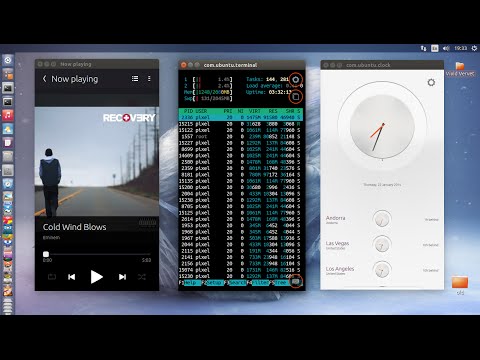 Via  http://linux.softpedia.com/
Posted by Unknown at 7:07 AM