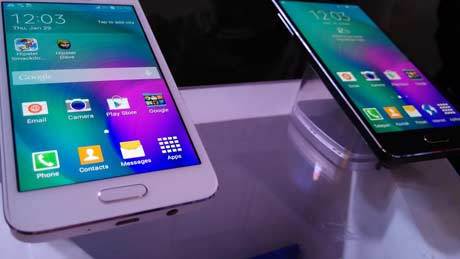 Jakarta - Samsung did not dismiss the matter phones increasingly fierce competition from the proliferation of cheap mobile phone specification qualified. In fact, the Korean company said it would benefit consumers.

That is, the existence of competition among mobile phone manufacturers, by itself will give birth to new innovations that can be felt by consumers. Which it would benefit consumers as users.

Delivered Vebbyna Kaunang, Marketing Director of Samsung Electronics Indonesia (Sein), the competition also makes the competition so healthy. Because it does not rely on a single manufacturer. Consumers certainly be have more choices as needed.

"But we remain optimistic face competition, because that determines not only about the specification, design, or other. We also provide a better experience for consumers, especially about the content and service centers that spread everywhere, "said Vebbyna, in Artotel, Jakarta, Thursday (01/25/2015).

Vebbyna then highlight the gift content owned by Samsung. Samsung calls the user will get a promo draw every day, such as special discounts and more. In addition, Samsung users also do not need to worry about after-sales service.

There is no doubt about the after sales service is so polemic itself for mobile phone manufacturers. For manufacturers of Samsung, perhaps it is no longer a big problem. But for some other manufacturers, it is just so troublesome thing.

Many cases that make a particular brand because consumers leaving after-sales services less qualified. Usually, in addition to the service center is limited, the length of the repair process so factor that is often complained of consumers.