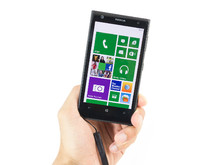 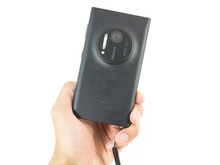 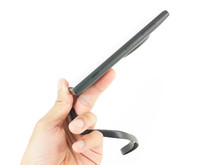 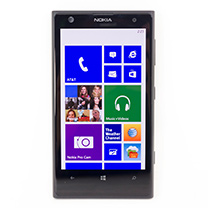 Finally! Some would vouch that it was a long time coming, especially when the Nokia 808 PureView has been making the rounds since last year, but we finally have that combination of a Windows Phone and PureView camera from Nokia�s camp. Looking back to last fall, we all believed with enough certainty that the Nokia Lumia 920 was going to be it, but alas, that wasn�t the case. Instead, we had to wait until now to finally see the device that hardcore shutterbugs have been itching to behold.

Everyone talks about how bigger is better, right? In the world of cameras, people are sometimes led to believe that higher megapixels would instantly mean that it would produce better results, but as we all know too well, it�s not necessarily the megapixel count that matters when it comes to delivering sharp shots. At first glance, the 41-megapixel PureView camera that the Nokia Lumia 1020 is packing along its rear will garner plenty of raised eyebrows � especially when that figure just sounds insanely high. However, there�s always this invisible fence that in turn makes us cautious, and to an extent, even skeptical about its effectiveness. Well folks, it�s here in the flesh, and it�s gunning to be the class leader in the camera phone category.

The package contains:
If this looks familiar to you, then you shouldn�t be surprised in the very least, since the Lumia 1020 employs all the characteristic design elements of its predecessor(s). By now, the unibody polycarbonate design of the handset is pretty much expected, but instead of sporting a glossy chassis, it has this strange matte finish to it � making it less prone to smudges and fingerprints. Unfortunately, seeing that it�s packing one hell of a beefy camera in its rear, it�s profile is nowhere as bulimic thin as some of the other flagship devices out there.

Honestly, the hump in its rear makes it a bit awkward holding and using the device at first, but after some adjustment, it doesn�t become too much of a nuisance � albeit, it still feels a bit alien. Sure, it�s top heavy due to all the hardware stuffed into its camera housing, but when we think about a 41-megapixel camera, we�re surprised how light it really is, especially over the 808 PureView. Overall, the handset still has an appealing design seeing that it very much looks like a smartphone first with an impressive camera attached to it � as opposed to being designed as camera first, with the smartphone part being secondary.