SuperTuxKart 0.8.1 Release Candidate Revved Up And Ready for Testing 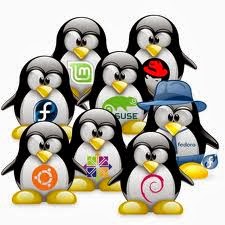 Hands up if you don�t like open-source racing game SuperTuxKart? You, folks, are strange.
As kart-racers go, it�s one of the most popular freely available. And for good reason: it�s fun, easy to play and has a dedicated team of developers who are continually adding to and improving what is already a really polished game.
But it�s getting even better. The first release candidate of build 0.8.1 � the first update since last year�s 0.8 build � has been made available for testing (for �testing� see �excuse to play it for hours and not feel guilty�).
SuperTuxKart 0.8.1 adds a number of improvements, including:

No release date has been given on when to expect the final, stable release of 0.8.1 but I�d expect it to land sometime in December � marking one year from the previous release in the 0.8.x series.
In the meantime, if you�re okay with �Release Candidate�-quality software, you�ll find a pre-compiled binary for Linux over on the project�s Sourceforge Page.
Download SuperTuxKart 0.8.1 Release Candidate
http://www.omgubuntu.co.uk/2013/11/supertux-kart-0-8-1-release-candidate
Posted by Unknown at 5:46 AM