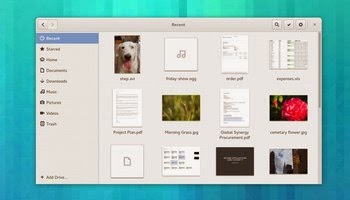 With the scheduled switch to Unity 8 on the Ubuntu desktop creeping ever closer, Ubuntu developers are toy with the idea of creating an entirely new file manager.
With GNOME�s Nautilus forging ahead in its own direction(and shedding features faster than Ubuntu can patch them back in) thoughts are turning to the creation of a brand new file manager for the Unity 8 desktop with its intended debut this October.
�With all the complaints and unhappiness about Nautilus upstream ripping out things like dual pane and other beloved and helpful features I expect we can do better,� writes developer Oliver Grawert on the Ubuntu Desktop mailing list.
Now, before anyone gets overly excited, I will point out that, as with all plans of a development nature, this change is not set in stone. Heck, even the arrival of Unity 8 on the desktop isn�t guaranteed for 14.10.
But, caution aside, there�s no denying that the idea has merit.
Ubuntu foundations have been rebuilt with different priorities as cement. So, while apps and utilities built in GTK and other non-QML toolkits will undoubtedly continue to play an important role in those plans, it will be those leveraging Qt5 technologies that stand to deliver the best, most seamless, and fully featured experience to users.
Feedback and suggestions on the sort of features the proposed file manager should include are now being sought.
#http://www.omgubuntu.co.uk
Posted by Unknown at 8:01 AM