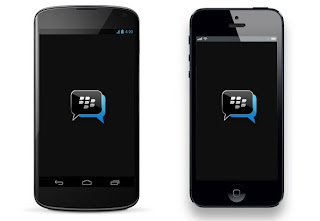 10:00 AM
The crowded cross-platform messaging space is about to get a bit more crowded. Industry watchers have repeatedly said that BlackBerry�s efforts to bring BBM to Android and iOS are far too little, too late to matter now that a handful of behemoths dominate the space. While that may or may not be true, we know beyond a shadow of a doubt that there is definitely a healthy amount of buzz surrounding the imminent release of BlackBerry�s famous messaging service on Google and Apple�s mobile platforms. And now, we have some potential good news for those eager to try out the new app � according to a new report, BBM will launch for both Android and iOS later this week.
UPDATE: It looks like this report was close, but off by one day � or plans changed at the last minute. BlackBerry announced in a �breaking� blog post on Wednesday that BBM for Android will launch at 7:00 a.m. EDT on Saturday, September 21st. BBM for iPhones will then launch at 12:01 a.m. local time on Sunday, September 22nd. BlackBerry noted that BBM for iPhones will require iOS 6 or later.
A report from Indonesian blog TeknoUp claims to reveal BlackBerry�s release schedule for BBM, and if it pans out we�ll see the app hit Android on Friday and iOS on Saturday. Here�s the release schedule, according to the site:
The app will be free and according to earlier leaks, it looks pretty solid and well-designed. Whether or not it can compete against market leaders like WhatsApp and Line remains to be seen, however.